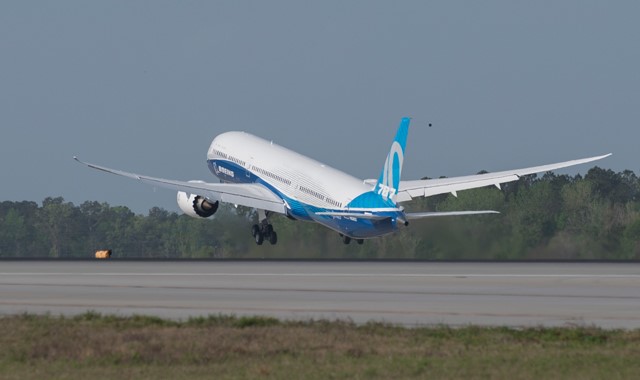 Rolls-Royce has celebrated a hat-trick of firsts as its Trent 1000 TEN engine powered the first test flight of the latest version of the Boeing 787 Dreamliner, the 787-10.

The Trent 1000 TEN (Thrust, Efficiency and New Technology) will power all variants of the Boeing 787 and has improved thrust and efficiency, incorporating technologies from Rolls-Royce’s Trent XWB and Advance engine programmes. Its environmental performance contributes to the 787 Dreamliner having half the noise footprint of previous-generation aircraft.

Gary Moore, Rolls-Royce, Trent 1000 Programme Director, who was in North Charleston, South Carolina, US to see the flight, said: “To have powered the first flights of each version of the Dreamliner is a great honour. The Trent 1000 engine continues to show real momentum in the marketplace, winning more than 60 per cent of engine competitions over the last six years. The improvements that are represented in the Trent 1000 TEN reflect our continued commitment to providing the very best engines for this aircraft family.”

The Trent 1000 TEN engine began its own flight test programme last year, powering a Rolls-Royce Flying Test Bed aircraft, based in Tucson, Arizona, US. It was then put through its paces on a Boeing 787-8.

In the ten years since the first Trent 1000 engine was certified, it has flown over 750 million miles, achieving a dispatch reliability rate of 99.9%.