The Trent 900 is the engine of choice for the A380 aircraft. The Trent 900 engine made its first flight back in May 2004. The engine has been certified to reach 80K pounds of thrust while delivering the lowest lifetime fuel burn for the A380!

The C-duct is the thrust reverser region of ducted fan gas engines. The C-Duct is made to direct airflow into the bypass duct between the main engine and engine nacelle. These are usually located on the upper side of the engine and one on the lower side. They have air openings to allow airflow for cooling of the engine.

What’s our part in it all?

We have been commissioned to supply a production test for the engine before they are to be released to the customer. The production test is done in a cell test. Below are photos that show parts that are fitted to the engine that will simulate the engine side casing (also known as cowlings) in flight.

A cowling can be used for many purposes. To decrease drag reduction, directing airflow to cool the engine or as an air intake for the jet engines. 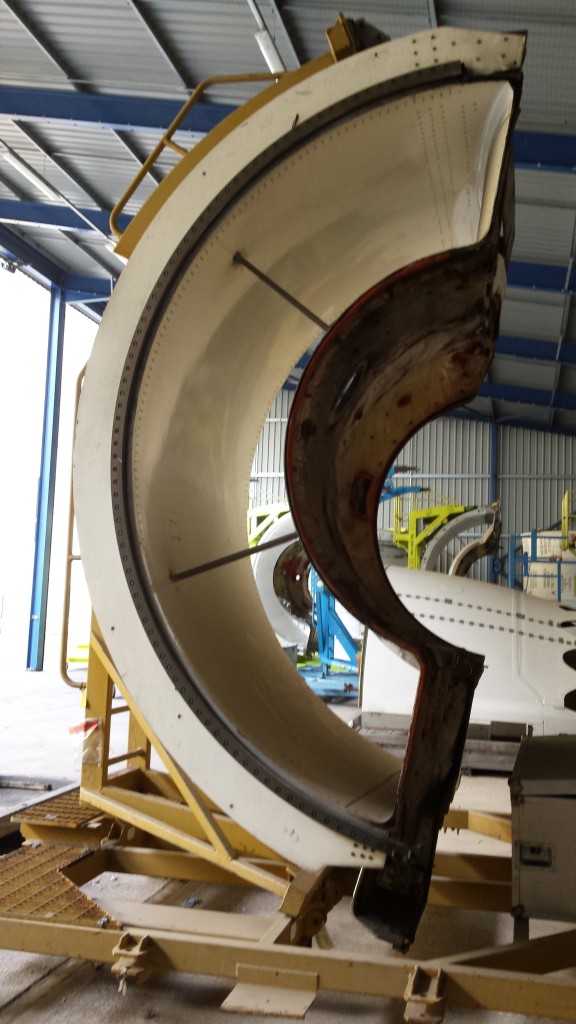 If you would like to find out more of the services that we can provide for you then don’t hesitate to contact us on 0161 343 6136 or email us at sales@nwaero.co.uk.